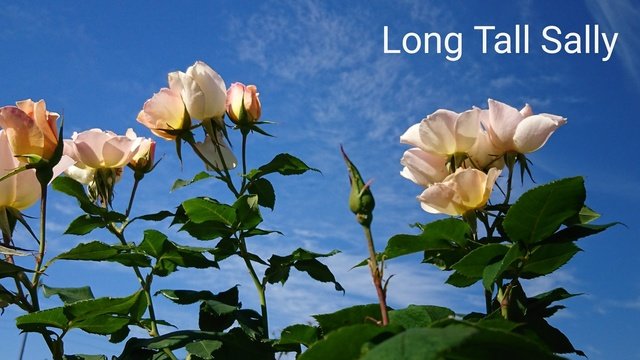 There’s something about late season roses that I find incredibly attractive.  There are fewer blooms in the gardens overall, there is less foliage too and perhaps a little bit of black spot has started to appear.  The blooms, however, when you pick them out, might be more intense in colour because of the cooler temperatures and not being faded by the sun, they may be dusted with dew, or standing out like a beacon on top of tall stems catching the last rays of Winter sun for the day.

And when you are out driving in Victoria, it is worth doing a little research to see which regional towns have rose gardens, and I always determine my route to capture as many as I can.

My recent trip across to South Australia did not disappoint visiting three gardens along the way and three gardens when I arrived in Adelaide.

Midway between Ballarat and Ararat, Beaufort is a nice place to stop for a break and it has a delightful rose garden which was designed and planted in 1995 & 1996 as a memorial to the servicemen and woman of Beaufort and district and a tribute to the Beaufort Pioneers.  The garden is designed with 3 colour groupings, the red representing the Blood of Flanders, the yellow roses mark a path of Peace and the pink roses are for the women’s services.

The Alexandra Gardens on the edge of the lake at Ararat were first established in 1863 and the early planning and plants were supplied by Baron von Mueller of the Royal Botanic Gardens, Melbourne. The early work on the garden was carried out by the prisoners of the Ararat Gaol under the supervision of the Governor of the Gaol.  The pathway leading from the RSL to the Town Hall also has an impressive collection of a great variety of standard roses.

Situated alongside the Wimmera River, these gardens were designed and created from 1873 to 1880 by William Guilfoyle of the Royal Botanic Gardens Melbourne and include a rose garden which has a gazebo as its centrepiece which is encircled by two rings of rose beds.  The gardens were originally a reserve of 37 acres, but only 8 acres remained in 1982.

There are many rose gardens and public rose plantings to visit in close proximity to the Adelaide CBD.  Situated within the Botanic Gardens of Adelaide is the 1.5 hectare International Rose Garden featuring more than 5000 roses.   I always love seeing the huge shrubs of heritage French roses in this garden and I marvel at the archways covered with climbing roses which are impressive even when they are not in bloom.  And to the south of this garden you can see the roses for the future being trialled without the uses of sprays at the National Rose Trial Garden.

The Veale Gardens are a real surprise.  It was originally a flat area used for tennis courts until it was redeveloped in 1959 using fill brought in from the creation of the nearby Rymill Park Lake.  In 1957, the Town Clerk Bill Veale went on a study tour of the United States, Canada and Europe and he returned inspired with plans to improve the parklands, and you can certainly feel the international influence in these gardens which include a sunken rose garden, a serpentine canal and garden statues.

The rose garden in the Rymill Park was established in 1960, and in 1986 school children planted 150 red and yellow roses to celebrate the State’s sesquicentenary, the red roses representing the red rose of England and the yellows roses representing hope and the future.  Surrounded by large deciduous trees the roses beds appeared to be naturally mulched by Autumn leaves.  A second rose garden was established in 1990 so there is quite a large area of roses for you to explore.