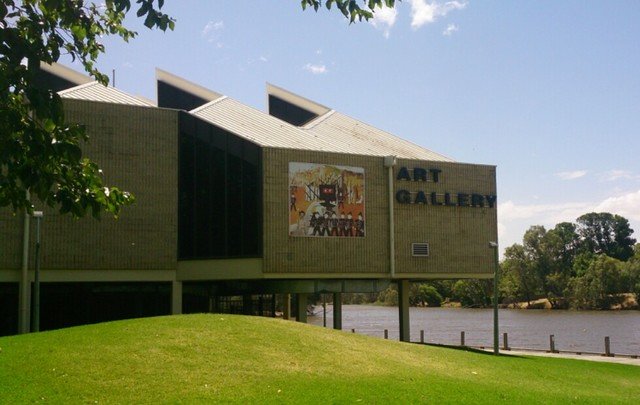 Over the Summer break I stumbled across a treasure for rose, garden and art lovers alike in the regional Victorian town of Benalla.

Just 212 kilometres from Melbourne and on the banks of the Broken River (named because in dry weather it would break down into a series of waterholes) can be found the Benalla Botanical Gardens and Art Gallery.  {READMORE}Benalla Art Gallery has an impressive art collection with a  strong emphasis on the Australian impressionist period including amongst others, works by Arthur Streeton, Frederick McCubbin, E. Phillips Fox, Tom Roberts and Walter Withers. Works by Margaret Preston,  Arthur Boyd, Sidney Nolan, and Fred Williams and more modern and contemporary artists are also in the collection and on show periodically.

The surrounding gardens were designed and developed from 1886-87 in the 19th century public garden tradition, with majestic trees for shade and serpentine paths connecting perennial garden beds for year round colour.

Benalla is notable for its rose gardens which were first planted in the Botanical Gardens in 1959 and in 1965 Benalla’s first Rose Festival was held and earned the township the name of The Rose City.  The collection of modern and heritage roses includes roses rarely seen in regional public gardens.  The roses in the Heritage Rose Garden were selected for scent and prolonged flowering and mostly originated in France, England and China between 1830-1920.  There is also a spectacular island bed consisting of just red roses of different varieties and if you look closely throughout the gardens there is a series of specially made garden benches featuring a rose image in the iron work – such a delightful touch!

So for inspiration or relaxation consider a stop at Benalla Botanical Gardens and Art Gallery!